Anavara    Articles & Blogs    What To Know About Scoliosis Treatment?

What To Know About Scoliosis Treatment? 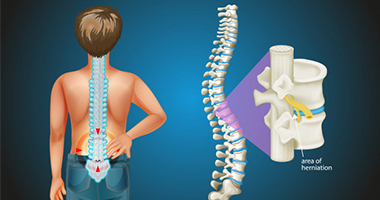 Scoliosis is a sideward bend of the spine, where the spinal cord is bent either in a “C” shape or an “S” shape. It can occur in people of all ages but is most common in children. Scoliosis is of different types such as congenital and dextroconvex, and has to do with the curvature of the spine. Its causes are mainly unknown but can be linked to some health defects. The treatment can be through surgeries, exercises, etc

The classification of scoliosis depends on when and how the condition progresses. The types include:

This is a type of scoliosis that occurs from birth, a spinal bone curvature that you are born with.

As suggested by the name, this type of scoliosis is a curvature that appears between birth and age 10, or before puberty.

This scoliosis develops in the puberty stage of the patient. It could be as a result of certain postures you take up as you mature, but reasons for the curvature is often unknown. Scoliosis according to the type of curvature includes Dextroconvex, Levoconvex, Kyphoscoliosis, Rotoscoliosis, Thoracolumbar.

In the majority of cases, the cause of scoliosis is unknown, with no significant reason as to why the condition occurred. However, in some cases, causes have been traced to the following:

The risk factors influencing the development of scoliosis include the following:

Genetic diseases such as muscular dystrophy, Filum disease, etc can be inherited from one general another in a family.

The beginning of scoliosis is often observed during the period of intense growth of the human body, puberty. It can also be observed in young children or late adolescence.

Although both boys and girls may suffer from scoliosis, recent studies have shown that girls have a higher risk of worsened scoliosis during somatic development.

When affected by scoliosis, the signs may include:

When these alterations take place and the condition becomes more severe, symptoms may include:

Depending on the degrees of curvature, scoliosis can eventually cause damages, difficulties, and dysfunctions in the body that can increasingly affect the life of the patient.

Some of such complications include:

To diagnose the disorder, imagery tests such as MRI, CT scans, and X-rays are used to view the spinal cord for curvature.

The treatments of scoliosis are often aimed at stopping the symptoms and correcting the alterations developed due to the condition. Also, treatments depend on how severe the condition is.