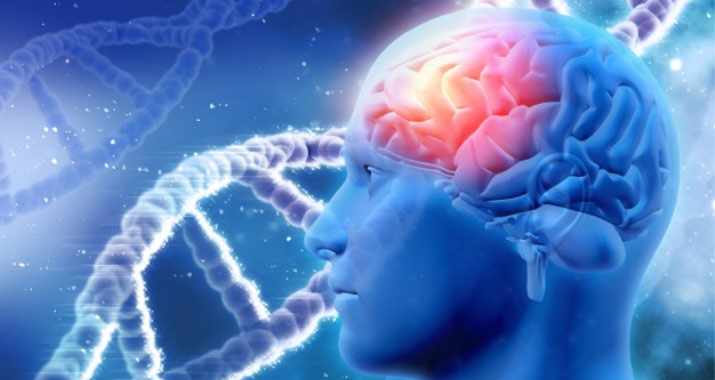 ®® One in six people worldwide will be affected in some way by a stroke.
®® In the U.S., 87% of strokes are ischemic strokes.
®® According to the US National Stroke Association, two out of three stroke survivors will experience minor to severe physical and/or cognitive impairments over the long term.
®® Up to 25% of stroke patients recover their capabilities, but the reality is that many do not, and there are no therapeutic cord blood treatments available in the U.S.

WHAT IS ISCHEMIC STROKE?

Ischemic stroke is the most common type of strokes, accounting for about 87% of all strokes. It occurs when the blood supply to part of your brain is interrupted or reduced, depriving brain tissue of oxygen and nutrients. Within minutes, brain cells begin to die, potentially resulting in devastating changes to muscles and nerves of the body with either isolated or complex impairments.

According to the US Centers for Disease Control and Prevention (CDC), stroke is the leading cause of death in the United States, killing nearly 140,000 Americans each year. On average, one American dies from stroke every 4 minutes. The majority of those surviving a stroke will have some form of long-term functional and/or cognitive disability. Stroke costs the United States an estimated $34 billion each year including the cost of healthcare services, missed days of work, and medicines to treat stroke.

Many people with ischemic strokes are older (60 or more years old), and the risk of stroke increases with age. However, strokes can – and do – occur at any age. Many people with stroke have other problems or conditions which put them at higher risk for strokes, such as high blood pressure (hypertension), high cholesterol, heart disease, smoking, or diabetes. (1,2)

WHAT IS CORD BLOOD?

Cord blood is the blood that remains in the placenta and umbilical cord after birth. Umbilical cord blood has several unique capabilities, such as being able to create all types of blood cells, stimulate regenerative processes in a brain damaged by an ischemic stroke, and serve as the core building blocks for dozens of regenerative therapies that are reshaping medicine today.

Donated cord blood has been successfully used for 25 years to restore blood production in patients after chemotherapy. In the past decade, cord blood infusions have shown beneficial therapeutic effects for children diagnosed with cerebral palsy, and for children with cerebral strokes. (3) In a recent clinical trial studying cerebral strokes in adults, patients registered significant therapeutic improvements, safely, when infused in the first ten days after the stroke event. (4)

Cord blood can be collected, cryopreserved, and stored for decades. Cord blood is tested for pathogens using modern blood screening methods. The cord blood stem cells contained in CBC Health’s infusions are allogeneic. CBC Health’s parent company, Cord Blood Center Group, is a pioneer in cord blood banking. It has more than 20 years of cord blood experience and has successfully processed and stored stem cells for over 160,000 children for later use.

WHY USE UMBILICAL BASED CORD BLOOD FOR THE TREATMENT OF ISCHEMIC STROKE?

The only currently available FDA–approved drug for acute ischemic stroke is intravenous tissue plasminogen activator (tPA). While tPA has markedly improved stroke care, it must be administered within a narrow time frame of no more than 4.5 hours, limiting its clinical utility. Less than 10% of stroke patients can benefit from such treatments due, in large part, to late referral to the hospital and an inability to meet other eligibility criteria including bleeding risk. (5,6)

Consequently, most of the patients are left with physical therapy and antiplatelet drugs such as aspirin in parallel with long-term nursing. All in all, the burden of stroke is felt by patients and their families across the globe.

Thus, while acute therapy exists, there is a distinct need for improved stroke recovery therapy. Numerous clinical trials conducted during the past two decades have tested a variety of pharmacological interventions to reduce tissue injury and improve functional outcomes following acute stroke, but their outcomes have not been as promising as desired. (7-9)

In the past few years, promising research has been completed indicating the potential for therapeutic benefits from stem cell-based treatments for stroke victims. So far, more than 100 studies that have been listed by the National Institute of Health (NIH) show that there is a significant improvement in the recovery and rehabilitation processes for stroke victims. Clinical researchers suggest that stem cells can migrate to the injured area of the brain and help to repair and reduce neuronal damage – a major breakthrough in the medical treatment of stroke patients.

In June 2014, Duke Medicine was awarded $15 million to explore the use of umbilical based cord blood to treat stroke and other brain disorders like cerebral palsy and autism. In May 2018, this group published their latest breakthrough findings in a clinical trial showing that the intravenous infusion of non‐HLA matched allogeneic, unrelated donor umbilical based cord blood administered in adults after acute ischemic stroke is safe, well‐tolerated, and feasible. Also, improvements in functional outcomes were observed in all participants by three months post-infusion. (10)

HOW DO UMBILICAL BASED CORD BLOOD STEM CELLS DIFFER FROM OTHER SOURCES OF STEM CELLS?

Worldwide, allogeneic umbilical based cord blood is being increasingly used as an alternative source of stem cells for cell based therapy for malignant and non-malignant diseases. Especially in the past few years, it has proven great potential in regenerative medicine because it possesses many advantages in contrast to other sources of human stem cells like bone marrow and adipose fat.

Umbilical based cord blood is readily available with low potential for graft-versus-host disease and tumorigenicity as well as infectious complications. Therefore, only blood type must be matched in normal blood transfusions, and no immunosuppression is required.

In the United States, umbilical based cord blood cells have been used in clinical trials for adults with stroke, and more trials are planned for demyelinating diseases like multiple sclerosis, as well as autism and metabolic diseases like diabetes. In China, cord blood stem cells are being administered in a trial for spinal cord injury.

DO PATIENTS NEED TO PROVIDE THEIR OWN BLOOD?

One of the primary benefits of CBC Health’s process is that the patient doesn’t need to provide autologous (self-derived) stem cells. Instead, patients have access to cord blood sourced from one of Europe’s most reputable cord blood providers, Cord Blood Center Group.

Perhaps Joanne Kurtzberg, MD of Duke University says it best: “I predict that the use of cord blood cells, in both autologous and allogeneic settings, as cellular therapies in the emerging field of regenerative medicine…will emerge as one of the major great advances in novel therapeutics in medicine over the next decade.”