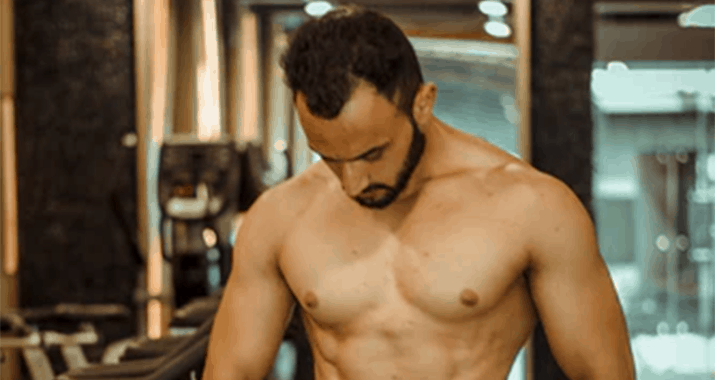 What is Man Boobs or Moobs?

Are you someone resorting to baggy clothes, dark rooms and someone who shys away from swimming? Then gynecomastia or male breast reduction surgery is something that you should look forward to. Gynecomastia is generally an enlarged breast in men (man breasts) mainly due to a rise in the amount of gland tissue in the breasts of boys or men. It is mainly caused due to an imbalance in the hormones like estrogen as well as testosterone in the men. Usually it can affect one or both the breasts of men. Boys in puberty phase as well as older adults can develop man tits due to the result of hormonal changes. Men with breasts usually get pain and mostly feel embarrassed due to the situation. Usually, it goes away on its own, however surgery or medication is usually needed if in case it persists.

Male boobs are caused due to the following reasons:

There are also many other causes other than the above mentioned ones which causes gynecomastia. Some of the causes are as follows:

Some of the drugs that can also cause gynecomastia are as follows:

Few of the signs as well as symptoms of gynecomastia or man breasts include:

Usually gynecomastia or breasts in men occur in both the breasts. These are the treatment options for man having this situation:

Few of the complications that are involved in man boob surgery are as follows:

Few of the exercises that will banish your man breasts or male boobs are as follows:

How much does man boob surgery cost?

Some of the best hospitals that perform male breast reduction surgery or gynecomastia are as follows:

Eating healthier, exercising regularly and fixing your posture can help you to get rid of man tits faster.

2. What are some foods to reduce man boobs?

A low-calorie as well as highly nutritious diet can actually help in order to shrink breast tissue. Doctor will advise you to focus on eating nutrient-dense foods which are low in calories.

3.What is a man breast called?

4.What are some medications for man boobs?

Usually clomiphene is used to treat gynecomastia. It usually takes up to 6 months. The selective estrogen receptor modulator (SERM) tamoxifen (Nolvadex) has also been shown to reduce the size of breast volume in gynecomastia, however it was unable to entirely eliminate all of the tissue in breast.

5.What are foods that cause man boobs?

Experts says that men should refrain themselves from coffee, booze and nuts in case they want to avoid 'manboobs'.

6. What are some natural ways to get rid of gynecomastia?

7.How to get rid of gynecomastia without surgery?

Losing your kilos, dietary and exercising, abstaining from drug use, reducing consumption of alcohol and getting hormone treatments.