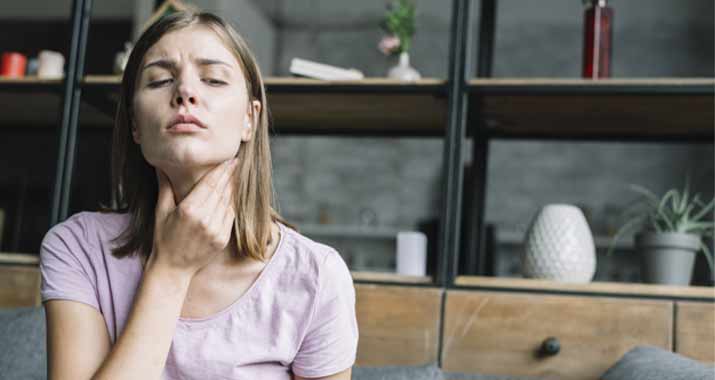 A cancer, is to put it simply, is an abnormality formed when the normal cells that comprise a tissue or organ turns into abnormal cells, that unlike its normal counterpart does not die and starts to spread to other regions within the proximity or even further. The reason for the formation of these abnormal cells has continued to bewilder researchers in the field. Cancer can occur in any part of your body and your oesophagus is no stranger to it, with about two per cent of the cases of cancer in the UK being reported as oesophageal cancer in 2014 and being attributed to unhealthy lifestyle choices like smoking and excessive drinking. Also with respect to the UK, oesophageal cancer is the fourteenth most common cancer with about six out of ten of the patients’ diagnosed being over the age of seventy.

The ten year survival rate, which is the probability of an individual living for more than ten years after diagnosis expressed in percentages, is about twelve per cent. However incidence of it in the UK, which was high during the 1970s, has seen a significant drop in both men and women thanks to a decrease in smoking cases and increased public awareness for the same. The oesophagus, also known as the food pipe, is a long, muscular tube that connects your mouth to your stomach. With an approximate length of about ten inches in adults, it functions as a passageway for the food and fluids you consume to the stomach (2).

The oesophagus comprises of various levels classified as:

Mucosa: Innermost layer whose main function is to provide the pathway for food to move through the pipe.

Sub mucosa: the lifeline of the mucosa, it helps the mucosa by supplying blood and necessary nutrients to it.

Muscle Layer (muscularis): muscles that push the food down the pipe.

Outer Layer (serosa)​ Types:​Oesophageal cancer, based on the location and the type of cells it affects, is divided into two categories:

Squamous Cell Carcinoma: arises in the cells of the mucosa (squamous cells) and is commonly seen in the middle and upper parts of the oesophagus. Incidence rates of this kind of cancer are relatively high in Asian countries.

Adenocarcinomas: arises from the glandular cells of mucosa. The above two cancers, represent ninety five per cent of the total oesophageal cancer cases. It is to be noted that, if oesophageal cancer is left untreated, it could lead the cancer growing through the walls of the food pipe and affecting neighbouring organs, tissues and lymph nodes.​

Risk Factors:​Though a cancer in the oesophagus may not have any concrete reason for its occurrence, there are a few triggers and risk factors that can instigate a potential for you to develop oesophageal cancer in the future: – Smoking and high alcohol consumption – Lack of sufficient fruits and vegetables in your diet – Frequently eating smoked, salted or poorly refrigerated food and drinking very hot liquids – Obesity – Medical conditions where a person has repeated episodes of reflux (heartburn) where the acids from the stomach back up into the oesophagus, hurting it, a condition called Gastro-oesophageal reflux (GORD). As the damage continues over time, the cells that line the oesophagus get replaced by new cells, a condition called Barrett’s disease.​

Oesophageal cancer is a serious problem. They are usually found when the patient notices or complaints about symptoms. Rarely is it diagnosed in people without symptoms, and when it is, it is usually found in cases where the patient was performing tests for other treatments. The symptoms usually kick in during the advanced stages of the cancer so it is crucial that you and your doctor are able to identify the reason for your complications. Also to be noted that, these symptoms can be associated to other medical issues and doesn’t always mean that you or the patient in question has oesophageal cancer.

Some of these signs are:

Most common symptom, as the cancer grows in the oesophagus, patients may complain about a feeling of food being stuck in their throat and may prefer to eat in small pieces or soft foods. Also may complain about bringing up lots of thick mucus and saliva.

Patients may complain of pain or discomfort in the middle part of the chest. However, it may also be a symptom of heartburn and not cancer.

Due to swallowing problems, a decrease in appetite or/and a higher metabolism due to the presence of the cancer.​

​If your doctor does suspect oesophageal cancer, they would recommend/perform the following tests: Medical History and physical exam: Your doctor will ask for your medical history to look for risk factors that may affect your chances of being diagnosed with esophageal cancer and also examine you for other medical problems.

That use x-rays, magnetic fields, sound waves or radioactive substances to determine the location and spread of the cancer so that the doctor can target his/her specific case. These include tests like barium swallow, CT, MRI or PET scan.

Involves using a flexible tube to determine the location of your cancer, by sending it down the throat or nose.

Involves taking samples from the affected region and checking for cancer. The results of these tests are analyzed and the state of the patient’s cancer is quantified by staging the cancer and grading the tumour that describes it. Staging involves using widely accepted terminology to describe the state of your cancer to the doctor efficiently. Grading on the other hand involves comparing the tumour with a standard normal cell that would otherwise be in its place and evaluating how far from normal the tumour is. Again, standardised terminology is used to describe this. Post your diagnosis, your doctor will try to explain your cancer (if it exists) in this format, so it is crucial that you have a general idea as to what each of these terms represents.​

A commonly used system to describe the extent of the cancer is the TNM system where T stands for tumour, N stands for nodes and M stands for metastasis. It’s on these three parameters that the cancer is described, as discussed below:

Describes how far the tumour has grown into the esophageal walls and surrounding tissue. It is staged from a scale of 0 to 4 to describe how deep the tumours extent is and may also have sub categories under each. These stages are as follows:

TX: The tumour cannot be evaluated.

T0: No tumour found. Tis: Describes the earliest stage of oesophageal cancer: found on a small area on the lining of the oesophagus without any further spread.

T1: Tumour found on the lining of the mucosa and also through the layers of the submucosa.

T2: Tumour has spread through the mucosa but not through the outer layer of the oesophagus.

T4: Has spread to other tissues surrounding the oesophagus.

​Evaluating your test results and your present situation, your doctor may recommend the following treatments: Surgery: this can be used alone or in combination with other treatments to remove the cancer. Based on the various cases, the kind of surgery chosen falls under three categories: If in the presence of small tumours, confined to a small area, your doctor may remove it and marginal part of healthy tissue with the help of an endoscope passed down your throat.

Involves removing the part of the oesophagus with the tumour along with a portion of the upper part of your stomach with nearby lymph nodes. The stomach is then brought up to meet the remaining oesophagus.

Same as esophagectomy but a larger part of the stomach is removed. Esophagectomy and Esophagogastrostomy procedures are usually performed between a choice of two methodologies: an open surgery or a minimally invasive laparoscopic surgery. An open surgery involves making two cuts in order to reach the oesophagus: these cuts may be in the neck and abdomen (also called trans hiatal oesophagectomy) or in the chest and abdomen (also called trans thoracic oesophagectomy). A new entrant in the the field of surgery is a keyhole or laparoscopic surgery which involves making use of smaller cuts through which instruments required are passed through along with a laparoscope attached to fibre optic camera so as to allow the surgeon a clear view of the area he/she is operating on. Though it is less invasive than its open counterpart and tends to have a better healing time, it is limited in terms of flexibility that the surgeon can work with and also takes longer than a conventional open surgery. It is thus crucial that you discuss with your doctor before you go about choosing which surgical procedure is right for you.

Makes use of chemicals to kill cancer cells and is administered into the body intravenously (IV) or orally. An advantage chemotherapy has over other treatments is that it is able to deal with cancer cells anywhere in the body and is thus useful for treating cancers that have metastasized to other parts of the body. Most of the time, it is coupled with radiation therapy to attack specific cancer cells. Also, it may be used before and after a surgery to reduce the size of the tumour (before the surgery) or kill the remaining cancer cells (after the surgery). Chemotherapy, is usually given to patients who have a cancer that has metastasized to other parts of the body or cannot or choose to not take up a surgical procedure to remove the affected oesophagus. It is administered in cycles, with intervals between them to allow for the body to heal and the treatment lasts for a couple of weeks. There are a few side effects that the patient may face while undergoing this treatment; however most of the time, these symptoms would only last for a few days and then pass. A few of them are: fatigue, hair loss, mouth sores, loss of appetite and diarrhea. Also, chemotherapy tends to weaken a person’s immune system making the susceptible to easy bleeding and infections.

Makes use of high powered beams like X-rays to kill cancer cells (7). Like chemotherapy it is also used before or after a surgery. There are two ways radiation therapy is administered: via an external machine: the affected area is measured carefully with the help of the tests performed and radiation is introduced to that area or via brachytherapy, which involves placing high intensity ray emitting pellets near the affected area with the help of a catheter. However, this procedure may have some temporary side effects namely: nausea, skin changes on the area of treatment, hair loss, diarrhea, fatigue, painful sores etc.