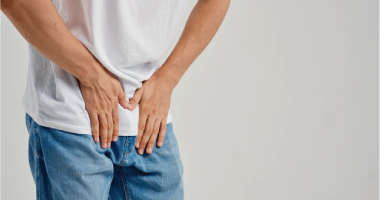 What Is Premature Ejaculation?

Premature ejaculation is when a man ejaculate’s earlier during sexual intercourse than he or his partner would appreciate. He may lose his erection after ejaculation and he and his partner may lack contentment, having not enough time to enjoy intercourse.

There is no set time as to when a male partner should ejaculate during sex, but the inability to delay the release for more than one minute after penetration poses great dissatisfaction for both males and females.

Normally, ejaculation should take place about 5 minutes after penetration, and in some cases, orgasm may be reached much longer than that. Partners who reach orgasm both at the same time enjoy their sex life more than those who arrive at different times. Premature ejaculation can be very frustrating and sometimes embarrassing to sexual partners, especially men.

One cannot pinpoint the real cause of premature ejaculation. Some have a population that the brain chemistry could be at least the reason. They claim that men who have low levels of the chemical serotonin in their brains tend to take a shorter time to reach orgasm.

Other possible factors include:

This falls among physical conditions but deserves special treatment.

Erectile dysfunction can also double as a psychological condition. It may cause stress, strain in a relationship, and low self-confidence. A man who can not keep an erection firm and long enough during sexual intercourse will be tempted to compel an ejaculation before his penis goes weak.

This develops after you have had previous normal sexual ejaculations.

Since the cause of premature ejaculation is pervasive and can be garnered for various reasons, the treatment of the condition comes in several forms too. A lot of medications have been released to boost vigor but this comes at only your doctor’s recommendation.

Some treatment methods include:

Anesthetic creams and sprays are applied to the penis 10 to 15 minutes before sex to reduce sensation and delay ejaculation. They include:

Tricyclic antidepressants such as clomipramine (Anafranil).

Other new drugs include:

If these treatments do not work, then an added consultation and counseling with your doctor should be made. Often, it turns out to be a psychological problem, and you are referred to a psychotherapist to help you figure out the psychological issue(s) causing the condition and ways to make you better.

Some behavioral techniques help control premature ejaculation. These include:

You and your partner stimulate your penis to the point of having a feeling of orgasm. Cease the act of arousal for about 30seconds or until the feeling stops. Start the stimulation again and repeat the process for about 3 to 4 more times before you ejaculate.

The process is the same as the “stop and starts” method, but when you have a feeling of orgasm, you or your partner squeezes the head of your penis until you lose the erection. This is repeated a few times before you ejaculate.

Condoms might reduce penis sensitivity, so it helps delay ejaculation. Climax control condoms contain numbing agents (benzocaine or lidocaine) and are made of thicker latex to delay ejaculation. They are available over the counter.

The exact cost of treatment of premature ejaculation is not known as the treatment varies and can cost differently in different countries and hospitals. To determine a cost, therefore, it is best that you get in touch with hospitals for their prices and thereafter pick any which is comfortable enough for you.