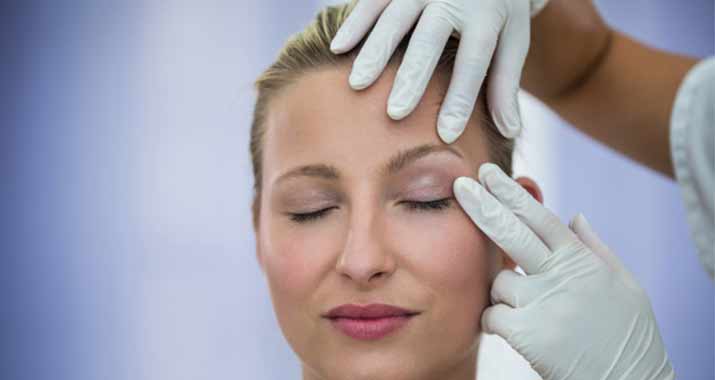 In 2016, the UK was gifted with a sizzling summer, with the hottest day in the past seven years recorded on a September day. That however hasn’t stopped families and friends heading out to the beaches to enjoy the breeze and favourable company, music and food but mostly bask in the sun. What this may ensue unfortunately is the unfortunate sunburn which, though may be considered mundane, if recurring could potentially lead to skin cancer. With about 15,419 new cases of melanoma skin cancer which comprise about 4 per cent the total new cases in 2014, skin cancer is a threat that shouldn’t be underestimated. In fact, since the 1990s the number of cases has only increased with the change in incidence rates clocking in at a 119 per cent.

​
The skin is made out of three layers namely: the epidermis, dermis and subcutaneous fat. The epidermis layer is the top layer of the skin with it in charge of making new skins, give skin its colour and protecting your body, thanks to the help special cells that are a part of your immune system. The most common of skin cancers are known to affect this layer. A cancer is a condition where a normal cell is replaced by an abnormal cell, which unlike its normal counterpart does not die and rather spreads to the surrounding vicinity affecting normal cells around it. A collection of these abnormal cells, an abnormal tissue of sorts, is called a tumour.

​
With regard to skin cancer, the type of skin cancer is based on the skin cell it originates/mutates from:
Squamous cells: present on the outer layer of the epidermis, these flat shaped cells are routinely shed and replaced by new one.

Basal cells: In order to replace the squamous cells being shed from the top layer of the epidermis, cells from the lower layer of the same, called basal cells that constantly divide to form new cells that move up the epidermis, become flatter and eventually become squamous cells.
Melanocytes: These cells make a brown pigment called melanin that acts as the body’s natural sunscreen and protects it from the harmful rays of the sun. This can also be attributed to the skin tanning when you have been exposed to the sun for long.
​

The cancers that affect the respective cells are:

​
Squamous Cell Carcinoma: Affects the squamous cells, this carcinoma usually appears on areas commonly exposed to the sun like the face, ears, neck, lips and back of your hands. This type of cancer, in comparison to basal cell carcinoma, is more likely seen growing into the deeper layers of the skin and affecting other organs. They comprise 2 out of 10 of the total cases of skin cancer.
Basal Cell Carcinoma: The most common type of skin cancer, it comprises of about 8 out of 10 cases of the total number of skin cancers and it affects, as the name suggests the basal cells of the epidermis. Although appearing on sun exposed areas, its development is relatively slow, and rarely spreads to other parts of the body. However, if left untreated it could grow into nearby areas like the bones.
Melanoma: Finally, melanoma is the cancer related to melanocytes. However melanocytes can also form non-harmful growths called moles. Though less common than the other two, they can grow at a relatively faster rate and should not go untreated.

​
Risk Factors:
​
The reason for why abnormal cells are formed continues to bewilder medical experts and scientists to this day. However, skin cancer and its associated cell mutation may be triggered by the following factors:
– Ultraviolet (UV) light exposure from either the sun or artificial sources like tanning beds.
– An inefficient or suppressed immune system for long periods of time (chronic) due to diseases like HIV/AIDS or infections or medicines or other cancers.
– Exposure to ionising radiations (X-rays) or chemicals known to cause cancer like arsenic.
– Infections caused by some kinds of sexually acquired wart viruses.
– People who’ve already had a case of skin cancer are in a higher likelihood to be diagnosed again with the same in the next two years.
– Elders also are prone to skin cancer.

​
When trying to diagnose skin cancer, doctors may try to identify various ‘precancerous lesions‘(lesions are any abnormal change to the skin, or any other organ or tissue for that matter due to a disease or injury, in our case, cancer. However, not all precancerous lesions would turn into a cancer, but doctors take active measures to treat them. A few such common lesions are.

Acitinic Keratosis: The most common type of lesion, seen especially on areas of the body that are exposed to the sun, it may appear as red and scaly or look like a wart. The chance of this turning cancerous is about 5%.
Moles: Moles are the most common and widely considered as a benign growth. However, there is a slight chance it may become cancerous. If you notice your mole changing shape or colour, it is wise to consult your dermatologist to clarify if it would pose a threat.

Acitinic Chelitis: Common to acitinic keratosis, this lesion often appears on the lips except these are dry and scaly patches that may cause your lips to feel chapped and cracked.

Cutaneous horns: Common in the elderly, these are growths that look like a horn.

With regard to diagnosis, a skin examination is enough for a doctor to determine if you have a cancer. This can also be supplemented by a skin biopsy which involves taking a small sample of the cancerous region under a local anaesthetic and sending it to a pathologist who will comment on the existence and the extent of the cancer. It would then be necessary to stage the cancer so as to allow doctors to implement an effective treatment procedure for the patient. However, for basal skin carcinoma, there is no specific staging system with a tumour larger than 2 cm in diameter meaning a serious case and requires immediate attention and treatment. Also, the location of the tumour can also play a major factor with those located on the ear, eyelid or nose requiring attention no matter what the size. With squamous cell carcinomas, a staging system exists and if the growth is thicker than 2mm, invade the nervous system or are on the ear then the case is serious. If it metastases to other parts of the body, it is said to be extremely dangerous.

​
With cancer diagnosed and staged, you doctor may recommend a few treatment options for you to consider. However the type of treatment both of you would eventually choose would be based on various factors like the type and stage of skin cancer you have, side effects, your health and age and the likelihood your treatment would cure or help the cancer in any way. The possible treatment options are as follows:

​
A surgical procedure performed to treat skin cancer generally involves removing the tumour and the surrounding tissue around it. There are a variety of ways this procedure may be performed and each method makes use of a different method, however the end goal of removing the tumour holds true throughout. Rarely is any additional treatment required. The type of procedure chosen is on the basis of your specific case and may be performed by your dermatologist, general or plastic surgeon, nurse practitioner or physician assistant. Some of the most common ones are:

Curettage and electrodessication: Curettage involves the use of a curette (a sharp spoon shaped instrument) to remove the lesion. After which the area is treated with electric current that stops bleeding and also kills the remaining cancer cells, a process called electrodessication.

Mohs surgery: In cases where the tumour is large or is located on the head and neck area, this procedure is preferred. It involves removing the tumour along with its surrounding fragments and observing under a microscope until all the fragments are removed.

Freezing: Also known as cryotherapy, this involves making use of liquid nitrogen to freeze the tumour and is also used to treat precancerous lesions. May be done in several sittings and also may leave a pale scar.

Laser Therapy: Used to treat precancerous lesions on the outer layer of the skin by making use of high intensity light to kill the abnormal cells.

Wide Excision: If a large tumour is removed, it may leave an incision that is too large to close. In such cases, skin from a different area is used to seal it up.
Reconstructive surgery: Since most instances of skin cancer appear on the face, reconstructive surgery may be required.

Photodynamic Therapy: This process involves applying a chemical on the area in question, thereby making it sensitive to light and using a specific type of light to kill the cancer.

​
This procedure makes use of high powered rays or other particles to kill cancer and is used in cases where surgery is unable to work effectively like the eyelid, the tip of the nose or the ear. Also preferred by people who would like to avoid scarring, a consequence of its surgery alternative. The most common radiation treatment given is called external –beam radiation therapy, where the radiation used to treat your cancer is emitted externally via a machine. Side effects include rash, red or itchy skin or a change of colour of the skin but can be overcome by applying a corticosteroid or antibiotic on the skin.

For skin cancers present on the top layer of the skin, doctors may recommend chemotherapy via a cream or a lotion. This cream/lotion would have chemicals that are aimed at killing cancer cells by preventing them from growing. Though it may cause pain and irritation for the course of the treatment which usually goes on for a few weeks, it would pass once the treatment is completed.