WHAT IS BLOOD UREA NITROGEN (BUN) TEST? A blood urea nitrogen test is a medical urea blood test that measures the amount of urea nitrogen present in your blood.  Urea is made when protein is broken down in your liver and passed out of your body by being in the urine. A BUN blood test… Read More 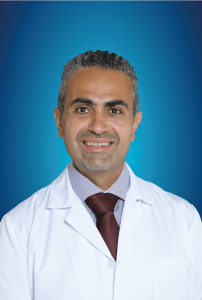 Urea is made when protein is broken down in your liver and passed out of your body by being in the urine. A BUN blood test is done to see how well your kidneys are performing. Normal human adult blood contains 6─20mg/dL of urea nitrogen.

A urea blood test for nitrogen is used to see if your kidney is working properly. It can also help in diagnosing certain other health conditions.

If your doctor suspects that you have kidney problems, he/she may order a BUN blood test. These symptoms are, or may include:

A BUN blood test does not require any special preparation. If the test is to determine only urea nitrogen in the blood, you may eat normally before the test. However, it should be noted that if your blood sample will be used for additional tests, you may need to fast for a prescribed time before the test.

Your doctor will give you specific instructions. Tell your doctor if you are on medication because certain medications can affect your BUN levels.

MEDICATIONS THAT CAN AFFECT YOUR BUN LEVELS

The medications that can cause low BUN levels to include:

The medications that can cause high BUN levels to include:

A blood urea test for nitrogen is a simple test. It involves taking a small blood sample and sending it to the laboratory for analysis. It is carried out by a medical laboratory technician.

It is important to note that normal BUN levels for adults over 60 years are slightly higher than normal levels for below 60 years.

Please note that abnormal BUN levels do not always mean a poor kidney condition. Sometimes, certain factors such as the below can affect your urea nitrogen levels, without indicating a health risk:

BUN blood tests are not associated with serious risks or side effects. Nevertheless, taking medications like blood thinners can cause you to bleed more than expected during the test. Minor side effects may include:

Please always be careful about your health; report any prolonged side effects to your doctor.

CONCLUSION
Depending on your blood urea test results, your doctor may also run other tests to confirm a diagnosis or recommend treatment.

Possible additional tests your doctor may recommend include a creatinine test. In some cases, an abnormal BUN level isn’t an indicator of a kidney problem. Certain conditions can lead to high or low BUN levels, such as dehydration, pregnancy, medications, etc.

BUN indicates that urea nitrogen is produced in the body during protein breakdown. There is no definite value of BUN that would diagnose kidney failure.

A high BUN value can mean kidney injury or disease is present. Kidney damage can be caused by diabetes or high blood pressure that directly affects the kidneys. High BUN levels can also be caused by dehydration or heart failure. Many medicines may cause a high BUN.

In general, around 7─20mg/dL (2.5─7.1mmol/L) is considered a normal BUN level. But normal ranges may vary depending on the reference range used by the lab, and your age. Ask your doctor to explain your results. Urea nitrogen levels tend to increase with age.

If your healthcare provider suspects you have kidney disease, additional tests may be recommended. These may include a measurement of creatinine (which is another waste product filtered by your kidneys), as well as a test called a GFR (Glomerular Filtration Rate).

Anavara can help asses your needs and put together cost estimate for free.